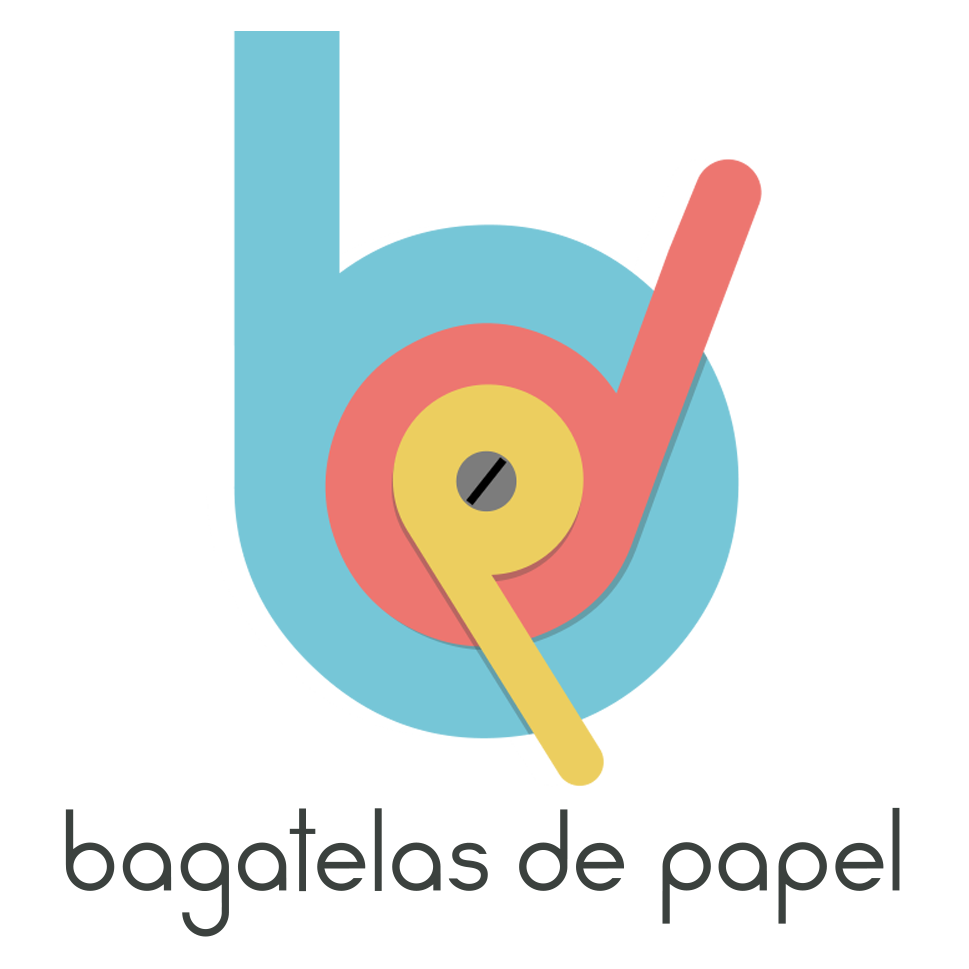 I started by die cutting both parts (the mug and the foam) twice out of heavyweight, Copic friendly card stock. Next, I stacked the pieces with glue and went on to coloring them… 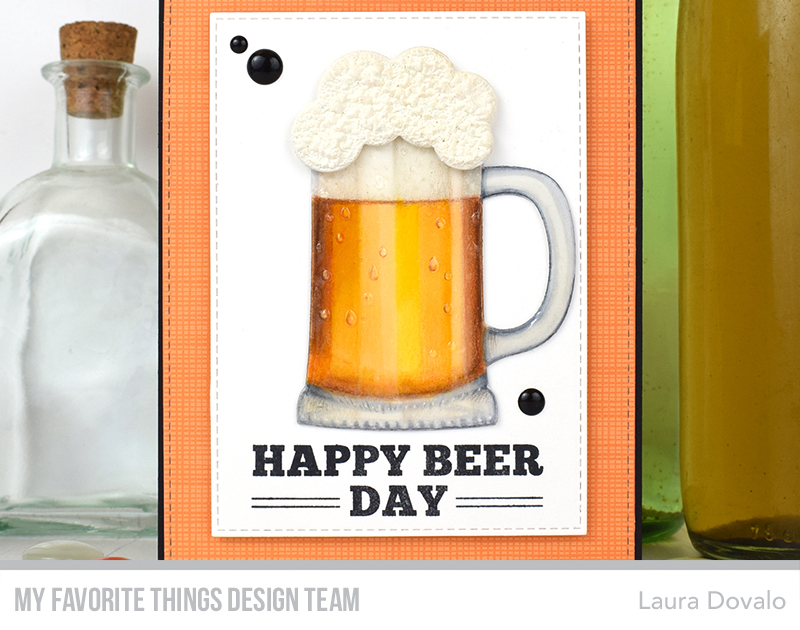 All in all, I’m quite happy with the result, although some parts (like the base) could be better… Once I was done with the coloring, I applied a thick layer of Glossy Accents all over. I let it air dry but the sides started bending upwards, so every now and then I would hit the back with my heat gun. Just in case I didn’t touch the front until the next day. 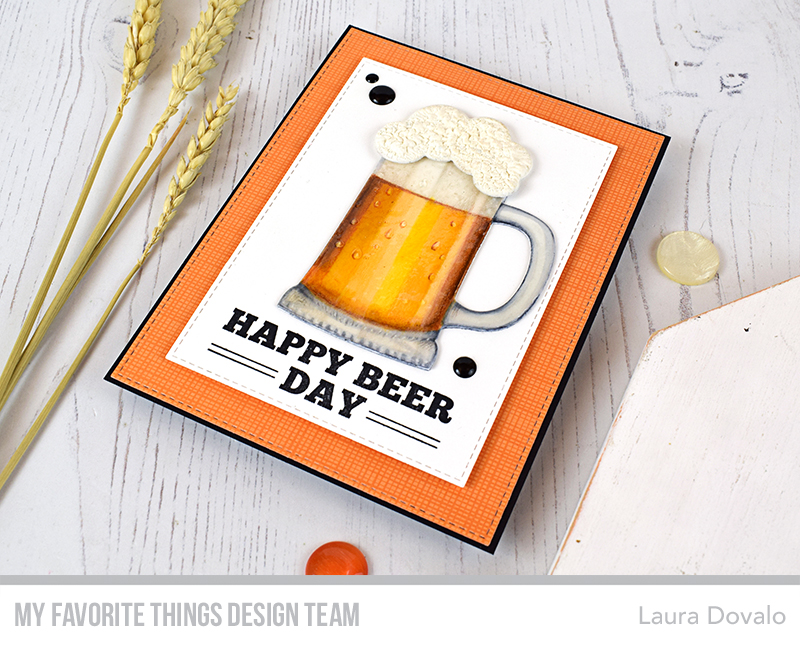 To create a realistic looking foam I decided to use a puffy snow marker. I applied it to my die cut after shading it lightly with a couple of gray markers. Then I blasted it with my heat gun to make it bubble.

I went with a really simple look for the rest of the card and used the following products to create it: 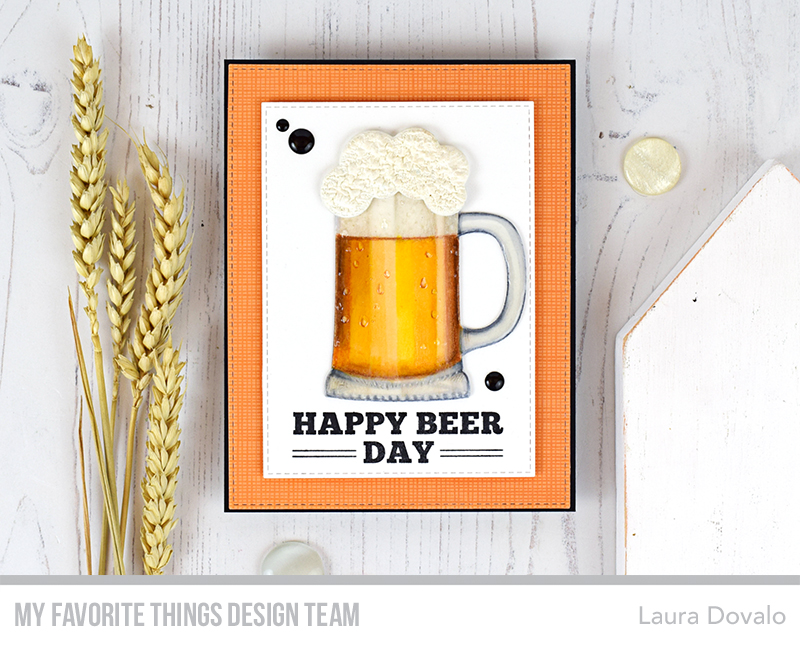 As a last touch, I added a couple of black enamel dots. Thanks for your visit! For more inspiration from the DT, check out the MFT Blog and YouTube channel!