Good morning! Today I’m back at My Favorite Thing’s blog to show you a couple of Halloween cards that I made with their brand new products.
I’ve gotten premission to share a tutorial of my second card here on my personal blog, so let’s get to it. 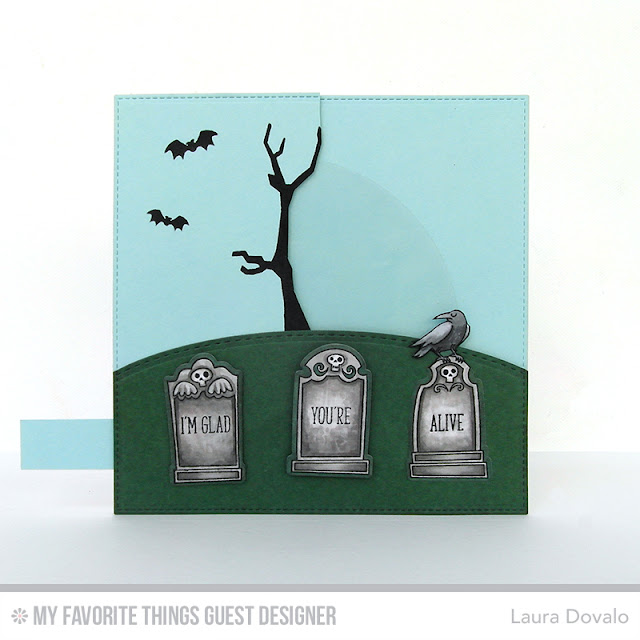 At first glance the card is quite depressing, isn’t it? But if you push the tab upwards…

…a fun character pops up from behind the tree. Yes, I know that such a skinny tree couldn’t hide him, but remember that Count Dracula has the ability to turn himself into a bat, ha ha ha. 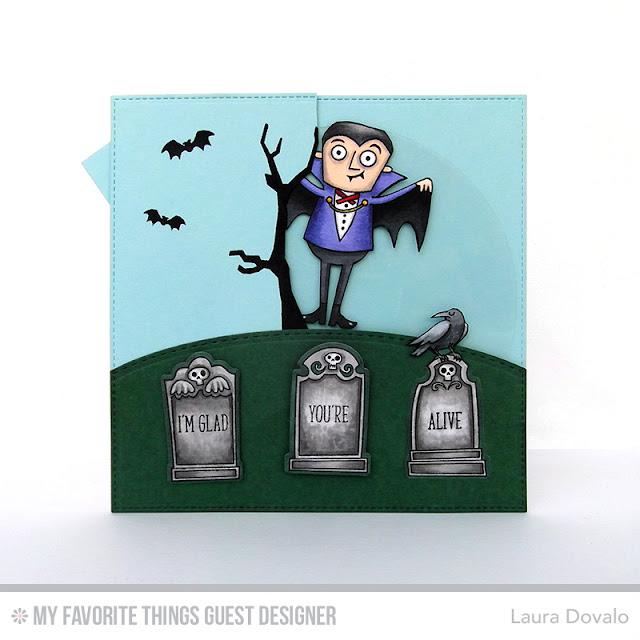 The mechanism that I used is really simple. An acetate disc and a brad. Let’s begin by giving you the measures of the elements in case you want to make it yourself: 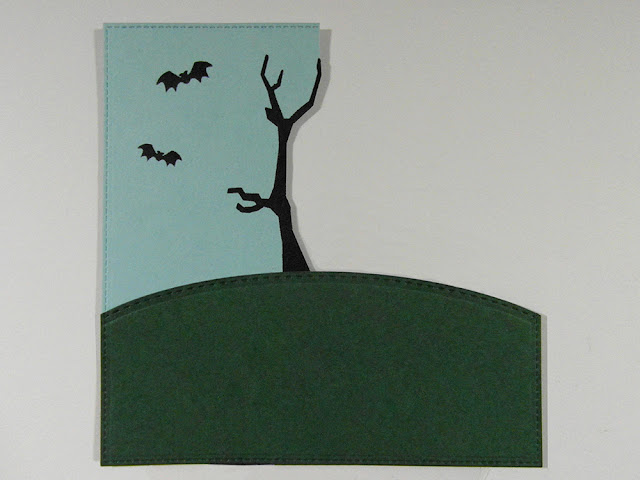 I started by stamping the tree from the Spooky Sweets set and bats from the Frightful friends set on a piece of blue cardstock that I die cut using the stiched rectangle die from the Die-namics Blueprints 15 set. I also cut the hill out of green cardstock, using the same die, as well as a curved stiched border die. Before attaching these two pieces together with liquid glue, I used a pair of scissors to cut the blue cardstock to the right of the tree, following its silhouette. 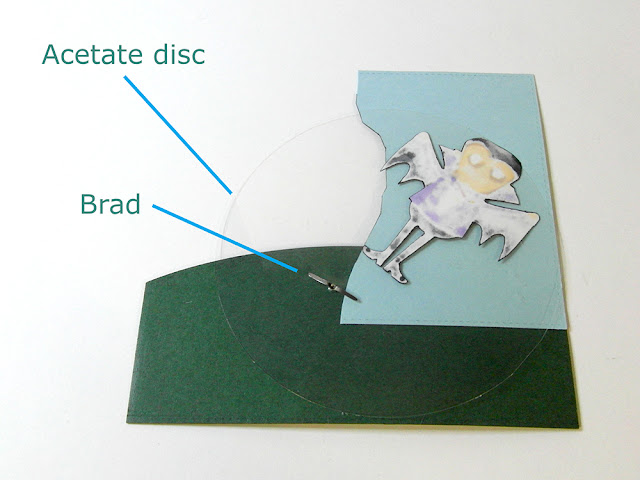 Here’s the basic mechanism of the card. I didnt want to use a larger disc than needed and since the character was only going to move a little bit, it doesn’t matter that the brad is not inserted in the middle of it. 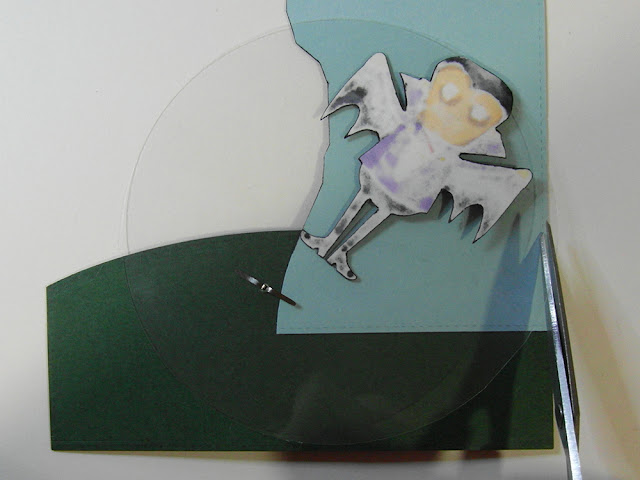 After coloring Count Dracula with Copic markers and fussy cutting him, I turned him into a sticker using Xyron adhesive and glued him in place. I cut a strip of the acetate disc so that it wouldn’t show on the front of the card.

I attached a strip of paper to the acetate disc and some adhesive foam squares in places that wouldn’t interfere with the mechanism.

After making sure that everything was working correctly, I attached the panel to the cardbase and added the three headstones, stamped with the Grave Situation stamp set and die cut with the matching dies. Since I didn’t like the look of white borders for this card, I just colored them with a matching marker and fussy cut the part with the crow.

That’s all for today, but tomorrow I’ll be back to show you how I manipulated the stamps featuring Frankenstein and his bride, to make THIS fun Wedding card.