The month of August has arrived and it’s a special month full of birthdays (my father’s, brother’s, cousin’s and son’s). But contrary to what you might think, I haven’t made a manly project for today. Instead I’ve created a very girly piece of shabby chic home decor for my goddaughter Lara.
It’s a sort of mixed media canvas in a light colour scheme with plenty of texture and some large distressed letters. I was very inspired by La Pareja Creativa’s August challenge picture: 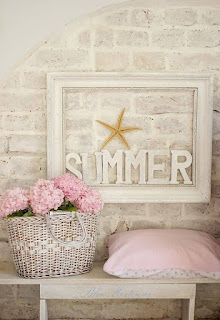 I used material that I had around the house and LPC products to recreate the shabby chic feel of the inspiration picture and turn it into a canvas. 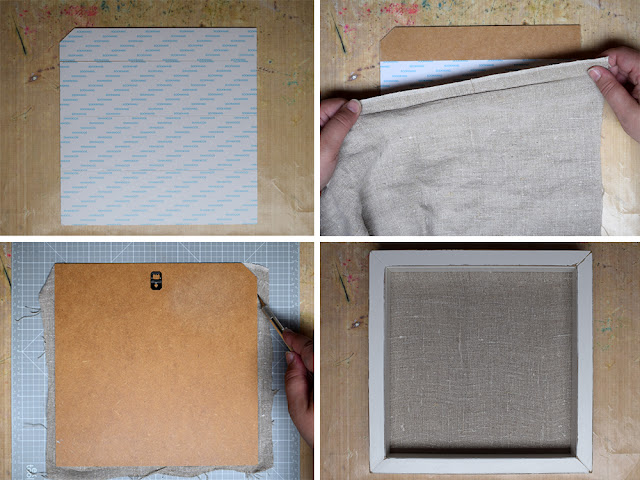 I adhered a piece of linen to the backing board of the 8″ x 8″ (“Ribba” by Ikea) photo frame with double-sided Sookwang tape and cut the leftover fabric with a craft knife. Then I started working on it with… 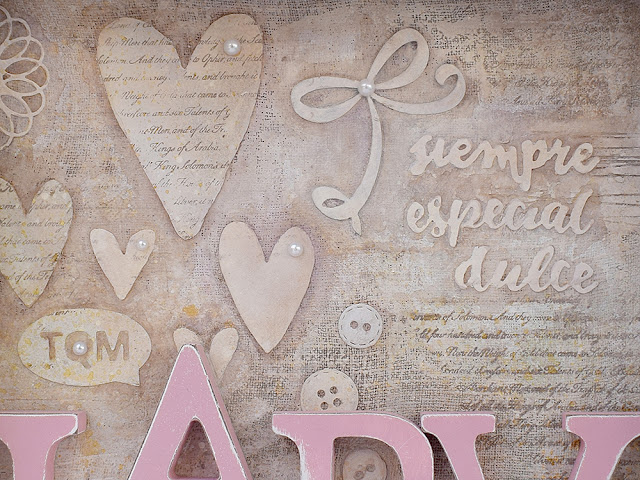 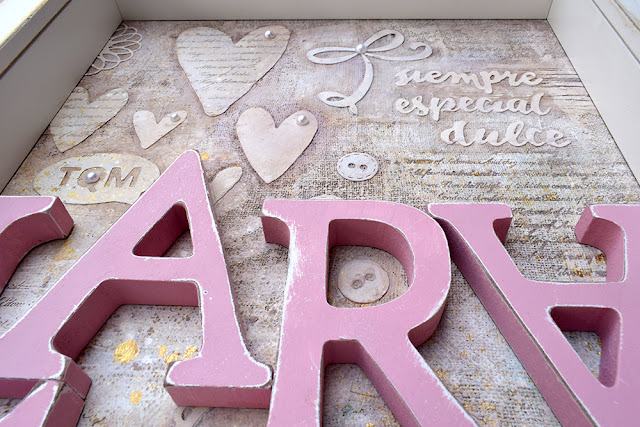 I painted the white MDF letters with pink chalk ink and once they were dry, I distressed them with sandpaper. I did the same to the frame to give it an aged look. I adhered the letters to the canvas with some Super Thick Tacky Glue. 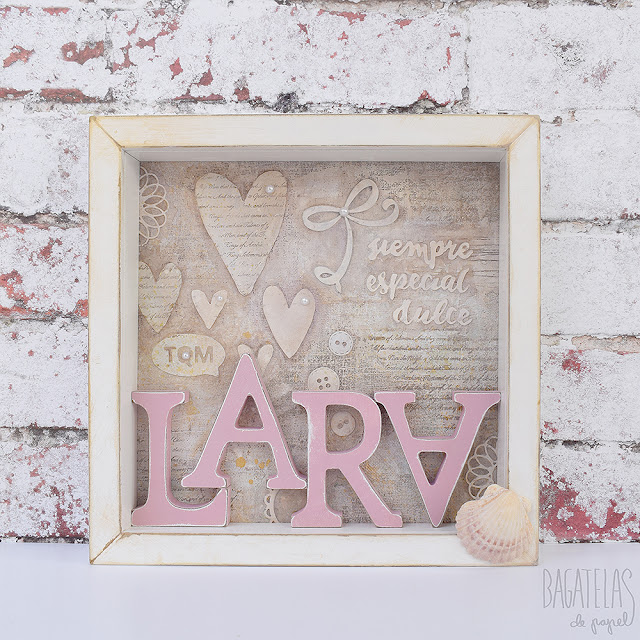 The last details were some half pearls (what’s a shabby chic project without pearls?) and a shell in pink tones that I found on the beach. I turned the second “A” upside down due to the lack of space, but it actually gives the project a fun feel. Now I’m going to check out what my DT colleagues made. I hope you feel inspired to participate in this pretty challenge and have a chance to win a 20€ gift card to LPC’s online store. See you soon!